The only military cemetery in the United Kingdom commemorating American service members who lost their lives in WWII, The Cambridge American Cemetery is located on a quiet hilltop in Madingley to the west of Cambridge.  It is one of 25 overseas American cemeteries administered by the American Battle Monuments Commission.

On 7th December 1943 the cemetery was one of three temporary American cemeteries to open in the United Kingdom.  After the war it was chosen to become the only permanent World War II American cemetery in Britain. It is the final resting place of 3,812 men and women who gave their lives, and 5,127 men whose bodies were never recovered are commemorated on the Wall of the Missing.

The cemetery spans 30.5 acres in total and was donated by the University of Cambridge. It lies on a slope with the west and south sides framed by woodland.  A 4,000-square-foot center visitor center opened in May 2014. Through interpretive exhibits that incorporate personal stories, photographs, films, and interactive displays, visitors will gain a better understanding of this critical campaign that contributed to the Allied victory in Europe during World War II.

The cemetery and visitor center are open to the public for free daily and on the majority of UK bank holidays from 9 a.m. to 5 p.m.

If you’re looking for accommodation near the Cambridge American Cemetery, Pringle Farm has a range of beautiful barn conversions from one to three bedrooms, ideal for families, friends or couples holidaying together.  Click here to check availability or make a booking, or get in touch at reservations@pringlefarm.co.uk / 07741 005634. 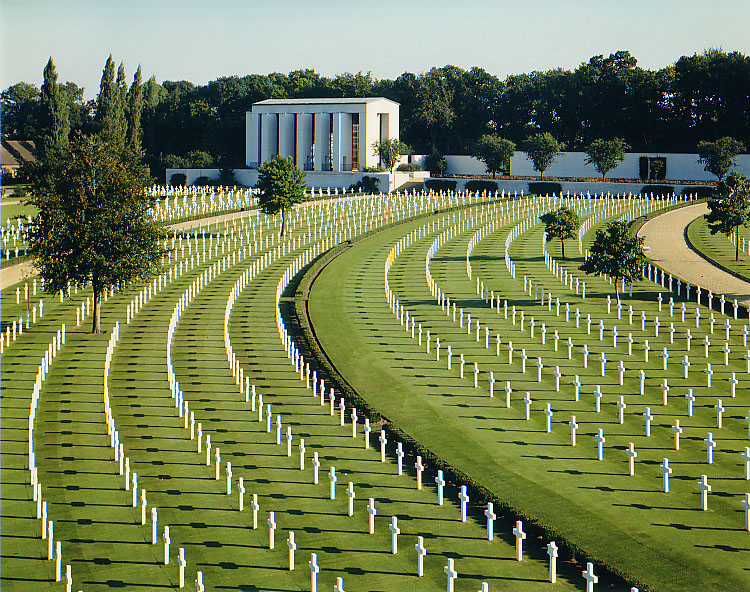